Menopause can be classified as a reproductive transition state, much like puberty. But unlike puberty, the effects of menopause are also a neurological transition where we may notice many neurological symptoms such as menopause brain fog, menopause memory loss, hot flashes, disturbed sleep, mood changes, and forgetfulness.1,2

If we are lucky enough to reach the age of 50+, all women will undergo menopause, or what science calls the menopause transition (MT). The MT can take up to 20 years to complete and involves almost all organ systems of a woman's body - including the brain. Due to these changes in the neurological and endocrine processes that impact multiple organ systems, a woman’s quality of life can be harmed.

Menopause is directed by the sex steroid hormones estrogen, progesterone, and testosterone which are known to help regulate both our reproductive and neural function. During menopause, these sex hormones substantially decline in both the body and the brain.1

Hormones are released from various glands throughout a woman's body. It is through the proper release of these hormones that a woman’s physiology can play like a symphony throughout her life. Sometimes that symphony is rollicking and deserves an ovation, while other times it is quite discordant. Sadly, menopause and the decreased release of hormones are often not well-orchestrated and can result in symptoms that can be very concerning, including brain fog and memory lapses.

The most commonly recognized symptoms of menopause are specific neurological symptoms such as hot flashes and migraines. Yet, little is known about how this impacts a woman’s brain and the onset of dementia.

Recent studies have used neurologic imaging to study if there are noticeable differences in brain structure, neurological connectivity, and brain activity when women are premenopausal,  perimenopausal, and postmenopausal as compared to men.1

These most recent, and unique, studies took an in-depth look at brain changes in healthy women before, after, and during menopause and found that menopause transition does indeed change the brain’s structure, activity, and neuron connectivity. Science was able to show that the actual volume of the brain’s nerves and the connections between nerve cells decreases with menopause. Additionally, the regions of the brain that are associated with memory and perception also showed declining activity.2,3 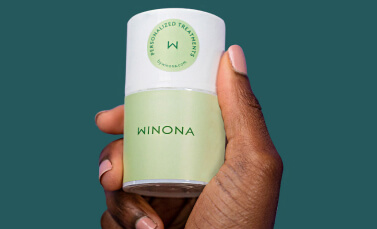 What Do the Studies Mean?

What does this information mean for memory in and after menopause? Clear differences were observed in a woman’s cognitive abilities not due to her chronological age. The changes were determined by their menopausal age and the levels of estrogen, progesterone, and testosterone is produced.

The good news is that while these studies showed conclusively that menopause can change women’s brains quite dramatically, some of the changes are temporary, and the brain can eventually compensate. However, estrogen depletion has been linked to the type of plaque accumulation that is a hallmark of Alzheimer’s disease.4

While memory lapses may feel scary, most have a treatable cause, specifically hormone deficiency. Hormone replacement therapy (HRT) can return estrogen, progesterone, and testosterone to normal levels. Most menopause memory problems can be treated by normalizing these hormone levels.

Long Term Impact of Menopause on the Brain

This data shows that menopause is a dynamic neurological transition time that significantly impacts the brain.3,4 It’s good to know that brain and memory changes can be largely stabilized post-menopause, and cognitive aging can correct itself.

The gradual hormonal changes during menopause may allow “brain resetting,” or possibly a woman’s brain adapts by creating new brain pathways - the science is not sure how.1 Whichever the reason, there can be an easing of menopausal symptoms post-menopause.

The effects of hormone depletion during menopause are most pronounced in the brain activity that serves the higher-order cognitive processes. Higher-order thinking is thinking on a level that is higher than simply memorizing facts or telling something back exactly the way it was told - that is rote memory.

Higher-order thinking, or "HOT,” takes thinking to higher levels. HOT requires that we do something with the information. We must understand, infer, connect to other facts and concepts, categorize them, manipulate them, put them together, and seek new solutions to new problems. The effects seen in these studies were specific to menopausal endocrine aging rather than to chronological aging.

While that is good news, menopause can last 20 years or longer. Some neurological changes like hot flashes and night sweats can resolve at about 5-7 years into menopause. However, the cognitive decline and lapses can last decades before the ‘resetting’ - if that happens at all. Most memory problems can be treated by normalizing your hormone levels, stopping or changing the dosage of medications, getting better sleep, and/or improving your diet.

There are always a lot of questions about the effects of menopause on brain fog and memory lapses. Menopause (or the MT stage) does have pronounced effects on a woman’s brain structure, connectivity, and brain activity. These recent studies provide a framework that we can use to identify both vulnerability, resilience, and treatments for women’s brains during their menopause journey.

These research studies show that human menopause is, “A dynamic neurological transition that reshapes the neural landscape of the female brain during midlife endocrine aging, and provides preliminary evidence for an adaptive process serving the transition into late life.”1

Menopause is a normal physiological event. While most women undergo menopause without long-term adverse neurological effects, many are vulnerable to the neurological shifts that can occur during these transitions. They can experience symptoms as well as a higher risk of depression, anxiety, and Alzheimer's Disease.5,6,7

If you notice memory problems, don't automatically assume the worst. Instead, start collecting information about the lapses you're having. Ask others around you if they've noticed changes and make sure you understand what Alzheimer's is. Most likely your memory disruptions can be treated with HRT. Ask your Winona physician for help today.

You should see your doctor immediately if you experience memory problems that are putting your safety at risk, like leaving things on the stove, or unsafe driving.

How Hormonal Imbalance During Menopause Can Cause Depression

Our doctors are excited to meet you and are standing by to help you feel your best.
Get real relief from your menopause symptoms — no strings attached.