You and Your Beautiful Mind - Help During Menopause

I remember it well. I was driving through a familiar Seattle intersection with a median to separate traffic. Standing on that grassy median was an attractive middle-aged woman flailing her arms and screaming at cars. She was completely unhinged. Ranting and raving about what? I suddenly recognized her from my wedding so many years earlier. She was Dr. Robins' ex-wife, a long-time friend of my husband's family. I drove past, slightly ducking in fear that she would recognize me. I didn’t acknowledge that I knew her to my children in the backseat who were asking what that crazy lady was doing.

Anxiety and depression are symptoms of menopause. Women seek help in many forms, excessive exercise, alcohol, strong medications, and even denial,  but rarely has anyone put together the pieces of the hormonal puzzle. We believe that hormonal causes and correlations must be incorporated into any meaningful conversation with medical professionals. While women may not be ranting and raving, like Ms. Robins, we deserve to feel happy and joyful.

As women, we know firsthand how hormonal imbalance, starting at puberty and then every month thereafter, correlate with mood changes and our mental health.  But rarely does the medical profession recognize this fact. In most cases, female hormones are disregarded, and women’s complaints are met with disbelief. Because people don’t often associate mental health with menopause, proper treatment is rarely offered.

Sadly, too many women share a common story of mental illness as they enter menopause.  While we try not to reinforce old stereotypes — be careful, a woman's hormones will make them crazy — we need to own the reality that they are interconnected. 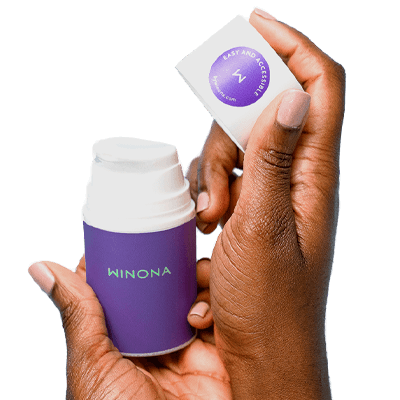 As recently as the 1990’s, the easiest way for the medical profession to classify schizophrenia was to use a method they’ve used for hundreds of years, AGE. If a person was over 40, they were not classified as schizophrenic, and in some cases, the cutoff age was as young as 24.1 However, in the early ‘90’s, a retrospective study evaluated 20 years of men's and women’s medical histories to identify when they had their first psychotic episode. They found that many of the people that had their first-onset of schizophrenia after 45 were women.

Luckily, a small group of female psychiatrists working in tandem from all over the world has identified the critical role that dramatic fluctuations in hormones with menopause have and that it may trigger schizophrenia. They call the correlation between the drop in hormones and the psychosis, “the estrogen hypothesis”. 2 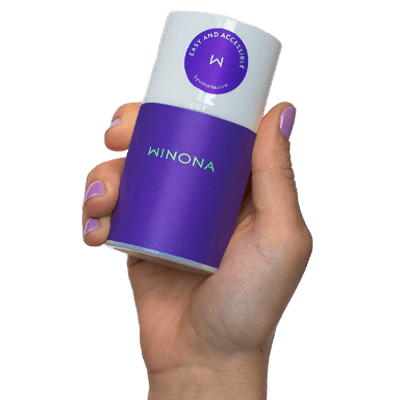 Winona finds it outrageous that men can get treatments easily if they can’t get an erection, but women's treatment for much more serious medical concerns is being pushed aside. Dr. Jeffrey Lieberman puts it more bluntly: “Medicine hasn’t paid much attention to these women. Middle-aged women are low priority, like children used to be.” 1 Not at Winona. There is no reason to feel ashamed of the changes that are happening to your body and mind. At Winona, you are not alone.

How Hormonal Imbalance During Menopause Can Cause Depression

Our doctors are excited to meet you and are standing by to help you feel your best.
Get real relief from your menopause symptoms — no strings attached.